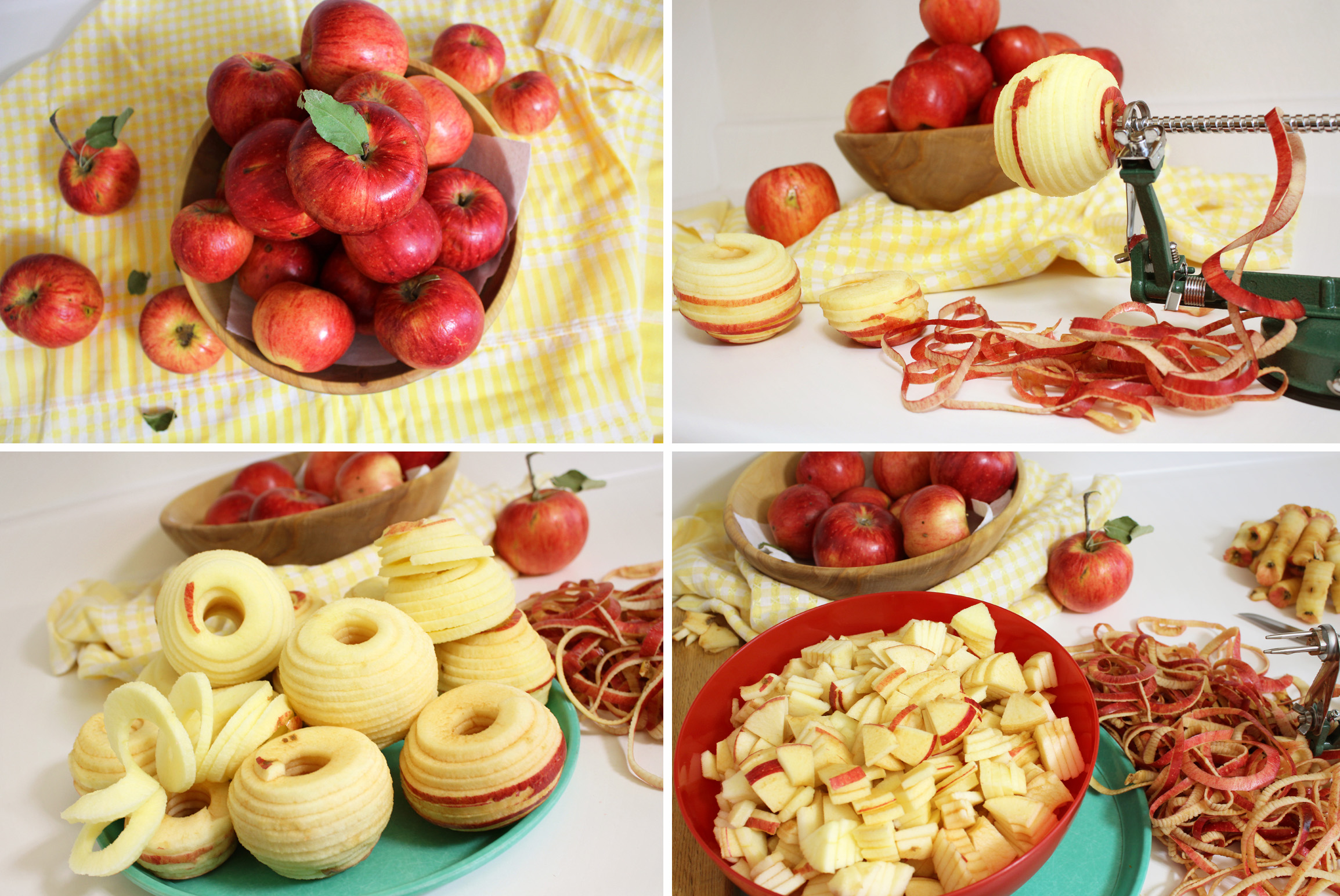 In my husband’s family, they all had their favorite desserts growing up, which Rob’s mom, Kitty, made for them on their birthdays. My sister-in-law Sue loves Apple Spice Cake with caramel topping, so that was her choice of birthday cake. Adam always got Angel Food Cake or Key Lime Pie, and Wes liked to change things up from year to year, but he loved Kitty’s Chocolate Soufflé. Papa Mark’s favorite was German Chocolate Cake with Chocolate Frosting.

Last week was my first time making these without Kitty. It was also Rob’s first birthday having Apple Pie Slices made by his wife instead of his mom… I was a little nervous they wouldn’t be as good as hers, but I think I did alright! Rob gave me the thumbs up, and I won’t say how many slices he ate, but let’s just say it was enough to tell me they weren’t too shabby. 😉 I also may have eaten more than a few just to make sure… They’re so hard to resist!

So, the tradition of birthday Apple Pie Slices continues. Give ’em a try?

** In case you have trouble finding lard in the store (like I did the first time), it’s in the baking aisle, not located by the butter. And if you buy a block of it instead of sticks, just divide it into four equal portions, and use three of them for 1 1/2 cups. So here they are before frosted…

And here they are with frosting! Yummm…
You can add as much or as little icing as you like. Kitty likes it with just a little drizzle, but Rob prefers a nice thick “drizzle.” 😉 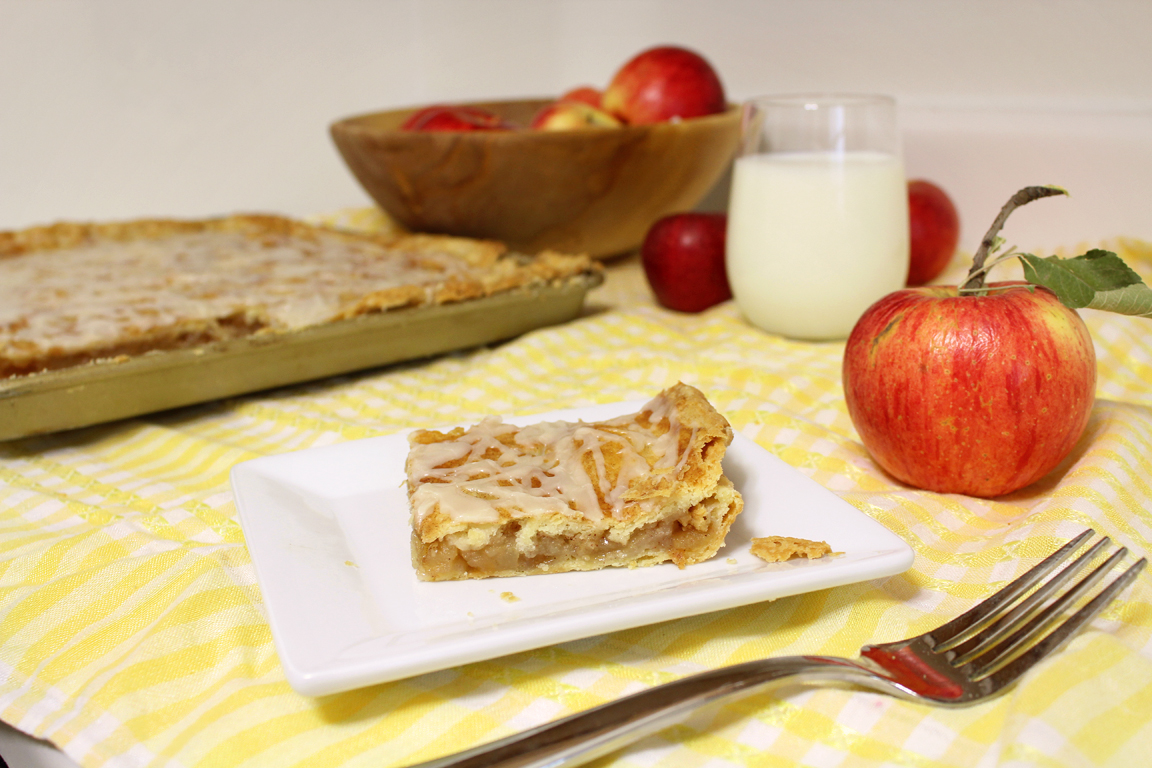 I love that Kitty taught me how to make her baby boy’s favorite dessert so that even though he doesn’t live in his parents’ home anymore, he still gets that bit of “home” on his birthday. Just like mom used to make. 🙂 Like I said, I love food traditions. I can’t wait to start our own!

What are your favorite food traditions?

© Milk & Cereal. All images & content are copyright protected. Please do not use my images without prior permission. If you want to republish this recipe, please re-write the recipe in your own words, or link back to this post for the recipe.

Hello! Welcome to Milk & Cereal!
I'm Ali, and this is my culinary blog that ranges from healthy, plant-based recipes to sweet treats and everything in between. Thanks for stopping by!

© Milk & Cereal. All images & content are copyright protected. Please do not use my images without prior permission. If you want to republish this recipe, please re-write the recipe in your own words, or link back to this post for the recipe.